“Ghost is being made for love, not for profit.”

👆That’s a line from John O’Nolan’s intro video for Ghost’s Kickstarter campaign from back in 2013.

John is the founder of Ghost.org a publishing platform for independent writers and creators to make money from their work.

Ghost’s tagline reads: “Turn your audience into a business”.

It’s an open startup, so anyone can look at their revenue on their open page.

Ghost’s goal in 2021, was to help the creators on the platform generate more revenue than Ghost itself.

This is a feat very few creator platforms can boast of.

But Ghost did achieve it.

There’s a lot to learn from the Ghost story👇

John started Ghost back in 2013 with the idea to build a platform solely focused on publishing content.

And made it open-source.

He had been designing and building sites on WordPress since 2005.

WordPress had started as a simple blogging platform for anyone to publish content. But within a few years it turned into a full-blown CMS platform.

By 2011-12 it was getting used more for marketing sites and brochures.

WP was no more focused on straightforward content publishing. (Its founder famously called WP the operating system of the web)

So on November 5th, 2012, John made a few mockups and published a blog post titled - WordPress is so much more than just a blogging platform.

That blog post was at the top of HackerNews and was discussed by almost every publication in the WordPress community.

In 3 months John was ready with a prototype. 30,000 people had signed up on the Ghost mailing list by then.

That’s when he launched the prototype on Kickstarter to raise funds for the project.

He knew that it only made sense to build the complete product if people were willing to pay for it.

John’s goal with the Kickstarter campaign was to raise $30,000 but he ended up raising 10X of that.

Check out the campaign page on Wayback machine: Ghost: Just a Blogging Platform.

50% of the screens in that prototype video are just screenshots.

John knew that he could build those features later on, but didn’t want to spend that time without validating the idea.

It was a true Minimum Viable Product.

Ghost in 2022 is a sophisticated content publishing platform. A place where creators can monetize their creations with ease.

But when it started, it was envisioned as WordPress Lite.

These were the initial mockups that John came up with in his notebook:

Some of the ideas in those mockups did make it into the final product. And many were discarded.

Most of these ideas were a combination of concepts from various other platforms such as Geckoboard, Mou, Sparrow, Svbtle, Tumblr, Squarespace, and many others.

As John likes to say - “Everything is a Remix”.

This is true for product development more than we realize.

This is a common pattern across many successful indie hacker products.

Every product is in some way a remix product.

Ghost is set up as a non-profit foundation so that it can stay true to its users instead of serving its shareholders or investors.

The company can never be bought or sold.

100% of Ghost's revenue is reinvested into the product and the community.

They call it sustainable open-source:

A unique model like this ensures that John and the team aren’t looking for a big pay-off in the future.

They aren’t building the business with an intention to sell to investors.

According to John, the goal to sell the company at a later date can lead to compromises with the product.

It can lead to technical debt that can compound at scale.

This business model means that they are focused on building the best product for their users - Writers and Journalists.

And that their users know that Ghost is going to be there in 10 years, and not shut down, or change business models to please investors. (Something that a platform like Medium does a lot)

And that’s his mission.

In the Kickstarter launch video, John particularly mentions that the intention is not to sell the business to Facebook one day.

“Ghost is being made for love, not for profit.”

And he stood by those words because the way Ghost is structured right now, there’s no way for him to sell the company and make big profits from it.

Standing out from the Crowd 🥇

Ghost competes in a crowded market.

There are more blogging platforms today than ever before. Its competition includes old platforms like WordPress and recent ones like Substack.

To succeed as a bootstrapped business, Ghost’s strategy is to have a unique positioning and fight the competition by differentiation.

Ghost can’t compete with Substack on advertising and PR.

Substack is backed by powerful VC firms like a16z, so everything it does gets in the news. (Including small feature announcements)

But Ghost can compete on the value proposition it offers to the users.

It takes a 0% cut from its users’ revenue. Ghost offers fixed-price plans based on features and audience size.

This means that creators can scale their business without their costs scaling proportionately.

Substack takes a 10% cut from its users’ revenue.

As newsletter revenue grows, Substack’s 10% fee can balloon up to thousands of dollars.

Stacking up against Substack 📜

Lenny Rachitsky is one of the most popular writers on Substack.

6 weeks after launching a paid version of his newsletter, Lenny posted a Twitter thread with all his learnings.

Clearly, 10% platform fees can be hard on creators.

But Lenny is a big Substack fan, and actively promotes it over any other email platform.

He posted a Tweet highlighting how Substack’s discovery feature has helped him get subscribers. And that justifies the 10% fee:

(It’s important to note that according to Lenny’s investments page, he is an investor in Substack.)

Creators must grow their newsletters on their own. But the fact that Ghost charges 0% fee is a substantial incentive for creators to choose Ghost over Substack.

The Ghost blog does a good no-nonsense comparison of Ghost and Substack.

This is also a good example of a well-executed SEO strategy, this blog post is the 2nd result when you search for “Substack alternatives” on Google.

Substack is a great way to kick start a publication and get your initial subscribers.

But as they grow, most creators realize that it makes financial sense to move on to an alternative like Ghost.

This is exactly what the reader-supported news site The Daily Poster did back in May 2021:

Ghost follows a more traditional SaaS model, its a tool that can be used by independent creators.

While Substack sees itself more as a platform for independent writers.

That’s the fundamental difference between the 2 companies.

The Future of Ghost 🔮

John doesn’t want to build a large conglomerate with thousands of employees, instead he wants to enable hundreds of other independent businesses around Ghost.

3 types of businesses that benefit from the Ghost ecosystem:

The Ghost marketplace is a good place to find custom themes, integrations, and experts.

John doesn’t want to grow the team beyond 50-60 people. He wants it to be a close-knit team that knows each other meaningfully.

John’s advice to other Indie Hackers is to stop thinking and start building.

Not care so much about every feature or getting the best quality in the first iteration.

Get the right combination of Idea + Execution + Story.

“Build more stuff more quickly at a lower quality than you need. If it’s the right idea where people can buy into the story, it will succeed.”

“Shut the fuck up and go and build something!”

Key Lessons from the Ghost journey 👇

Ghost has seen steady growth over the years, let’s look at their growth strategies -

Insights that indie hackers can apply in their own business.

Let’s see what we can learn from Ghost’s landing page - ghost.org

Gumroad helps creators monetize their skills. A graph of creator revenue on the platform -

Indie Hacker projects profiled on this newsletter before, that serve the creator economy:

I hope you found value in this post, would love to get some feedback about the newsletter from you.

If you have 2 minutes please answer these 3 simple questions.

Sign up to Listen Up! IH and join 1800+ spirited Indie Hackers who read this newsletter every week. Scratching your own itch can be a great way to generate business ideas. But only if you can find a
Apr 14, 2022
5 min read
Mar
07 A powerful network or an engaged audience is vital for success as an Indie Hacker. Otherwise, it can be hard
Mar 7, 2022
3 min read
Feb
21 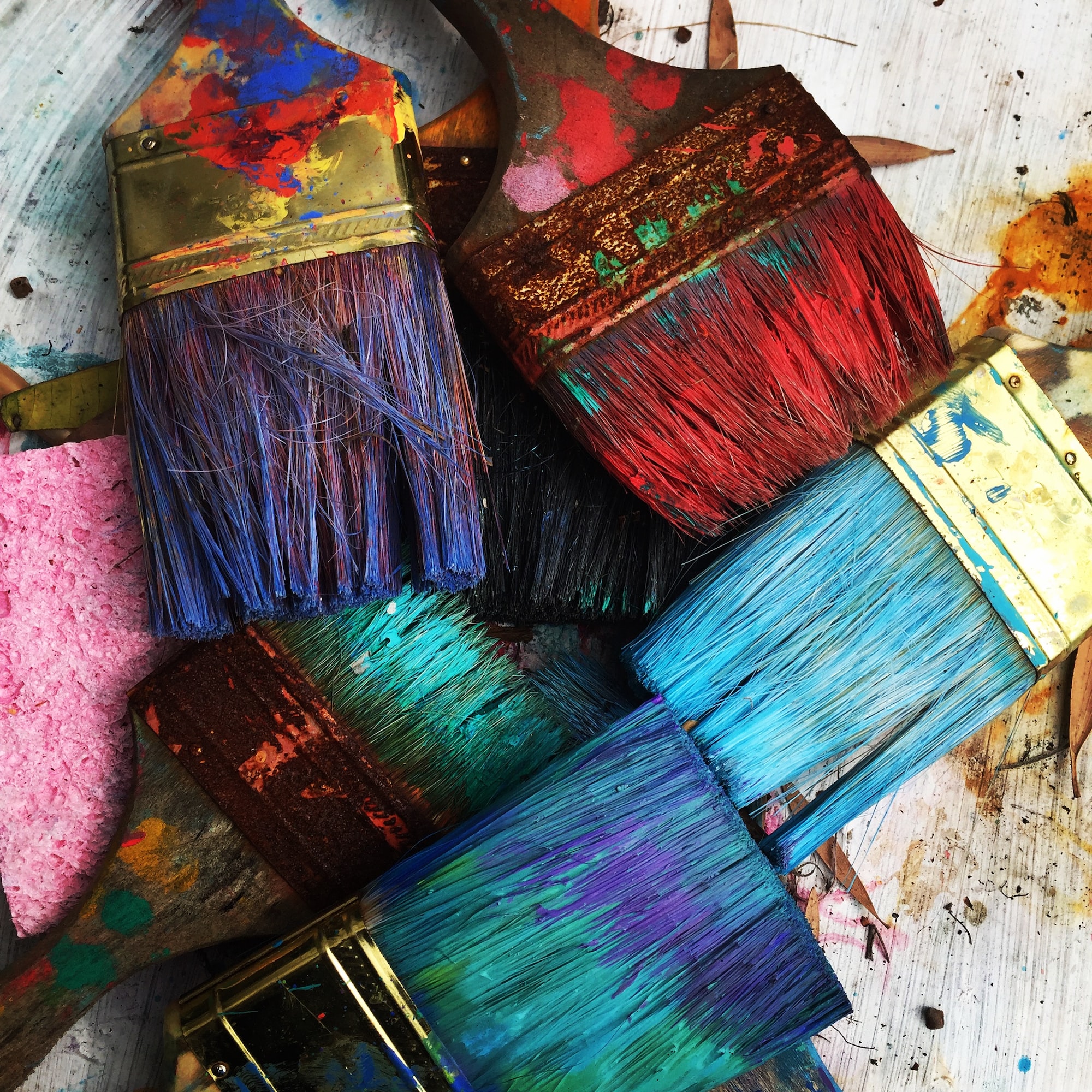 Hello 👋 This is a “key lessons” report for Listen Up Pro subscribers. We are diving deep into how the course
Feb 18, 2022
7 min read